Personal Care
Consumers are continually demanding more bio-based options for their personal care needs, whether in skin care, hair care or sun care. Formulators are challenged to meet those demands without losing feel and flow of the end product, which creates demand for a whole new range of functional bio-based additives

As personal care shifts into more bio-based and sustainable materials, we find ourselves uniquely positioned to offer superior solutions for these needs. It is important that a product is not only bio-based but also performs well, offers superior performance and ease of use while meeting these new consumer demands. 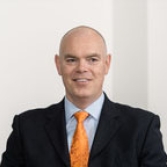 We are extremely excited to be able to offer customers in the Personal Care space such a wide range of bio-based high-performance speciality polymers that support sustainable agriculture, in-line with consumer demand.
Jim Stutelberg
President of Primary Products

Understanding the world we work in and the challenges our customers face is key to the success of our products and relationships. We understand the need to optimise manufacturing and formulation processes, that product ease of use and performance are crucial, and that consumers are increasingly demanding more natural, plant-based and sustainable ingredients and packaging. Our expertise and superior technical service can help you find the right solution to meet very specific needs. 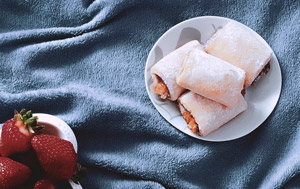 As formulators are constantly looking to increase the bio-content of their formulations without jeopardizing the look and feel, we offer thickeners and emulsifiers that are a perfect fit. In addition, our products are cold processable, making the formulation very simple.

As consumers demand higher bio-content we offer solutions that offer excellent aesthetics and rheology, as well as the ability to create a total formulation water-resistance package.

TEXTURLUX® Resist is a film former that can improve the water resistance of skin treatment and sun care formulations. When combined with Zemea® Propanediol, resultant formulations are not sticky on the skin. This stickiness is characteristic of popular synthetic water resistance improvers such as Acrylates/Octylacrylamide Copolymer.

TEXTURLUX® Feel can be used to create crystal clear gels for use in skin treatment and hair styling applications. No neutralisation is needed and it can be added without the need for high shear mixing. The gels have firm shape, pick up easily, exhibit an appealing peaking effect without stringiness, spread easily with no jelly-like character, and do not possess negative stickiness or sliminess after the product is applied like many natural polymers. This product is an excellent alternative to synthetic acrylate-based thickeners.

TEXTURLUX® Hold can be used in a variety of personal care cleansing products, such as shampoos, body washes, facial cleansers, and micellar waters. The addition of small amounts to clear surfactant-based cleansing systems can increase foam stability and aesthetics. Especially appealing in sulfate-free systems. This product works well in foaming cleanser applications like shampoos and body washes for enhancing the feel of the foam and offering mild conditioning effects to hair and skin after rinsing.

TEXTURLUX® Stabil can be added to the oil phase for reduction of work necessary to create non-traditional ‘emulsifier free’ formulations such as polymer microgel or Pickering emulsions. It can be post-added to conventionally-stabilised emulsions for stability enhancement.