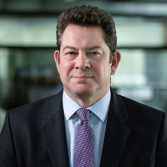 Rowan joined Tate & Lyle in 2001. During his career with the Company he has held a number of senior roles including Group Vice President, Strategy and Corporate Affairs, Director of Corporate Communications, Head of Compensation and Benefits, and Deputy Company Secretary. Prior to joining Tate & Lyle, Rowan worked for The Royal Bank of Scotland and National Westminster Bank Plc, both as Assistant Company Secretary. His early career was spent working for Linklaters and Deloitte & Touche. A History graduate from York University, Rowan is a Fellow of the Institute of Chartered Secretaries and Administrators.